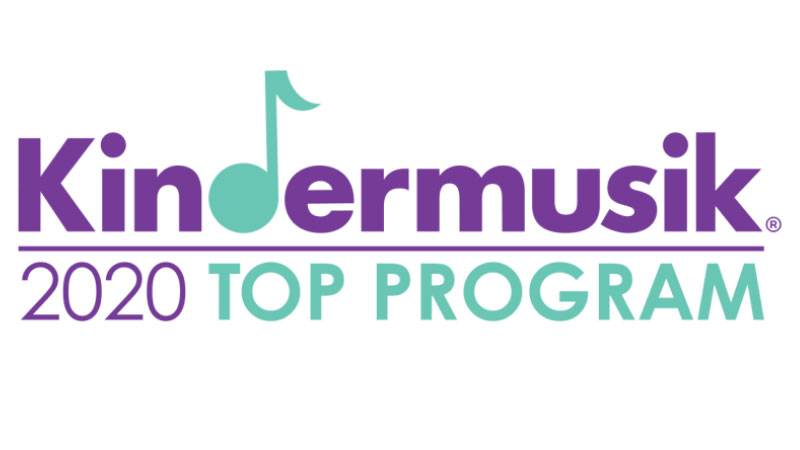 Our award winning music class, Kindermusik with Sarah, has been named a Top Programme by Kindermusik International for the 5th year running! The Kindermusik Top Programme award recognises excellence in building an expansive program and reaching many families in the community with the renowned music and movement program that promotes early childhood education.

Kindermusik with Sarah joins the elite company of the 200 Top Programmes identified as the top Educators in the world who teach Kindermusik. Studio owner, Sarah began providing Kindermusik in 2013 and now has the biggest Kindermusik studio in the United Kingdom reaching over 130 families every week with children ranging from 6 months old to 7 years! She is also thrilled to have grown her teaching staff with the addition of Rachel Millard.

In the last year, Kindermusik with Sarah has provided weekly intergenerational classes at Lakeside Residential home in Earley and, more recently, moved all of her 15 classes a week to the online platform Zoom to keep the music going!

Sarah said “The last couple of months have been a challenge for all small businesses, especially those who rely on face to face contact. Receiving Top Programme status for a 5th year as well as taking the number one spot in the UK has been a much welcomed high! To be able to adapt and continue in a virtual way has been so rewarding as I continue to facilitate and watch the joy that music making can have on children and their parents during this tough time. We were even able to invite grandparents from all around the world to join in the joy during half-term”.